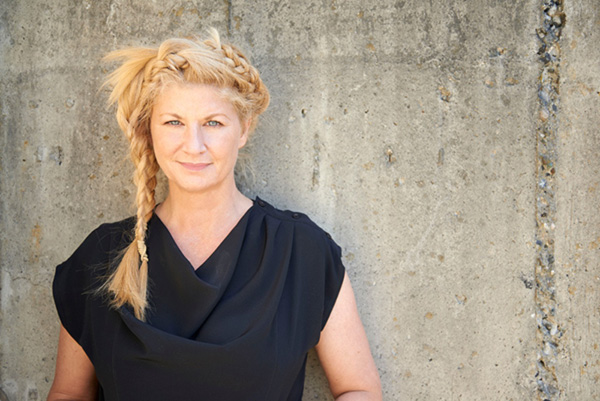 Although they may technically exist in the realm of abstract expressionism, perhaps the first thing that can be said about Laura Skuse’s paintings, beyond any academic discussion on art, is their strong evocation of landscape. Of course, the traditional markers of land, sea and sky are absent from these montages of line and colour. Sometimes appearing as random splatters or meandering streaks of paint drawn down by gravity’s pull, other times appearing as intentional and directed as the lines of text that occasionally appear in her work, no matter their arcane nature, there is something familiar about Laura’s paintings. Certainly other artist come to mind- Jackson Pollock and Joseph Turner seem to figure prominently here- but the familiarity of Laura’s paintings seem to be not so much about the public acknowledgment of an artistic tradition, but rather the result, paradoxically, of the inner and private state of the artist herself- one with which many people can identify. Despite their visual strength, a sense of fragility and tentativeness accompanies these paintings. The rigid and fractured lines- sometimes part of the arc of an incomplete circle, others as straight and as sharp as needles- so conspicuous in some of her work, seem to recall the lines of contour on a topographic map. Of course, maps are concerned with the known world; by virtue of their existence maps make the world understandable and controllable. But this desire for control reveals a hidden anxiety that can never be gotten around. It is in this liminal space between control and chaos, between humanity’s domination of nature and fear of the unknown where Laura’s paintings reside.

Surrounded by forested mountains and an ocean at her feet, Laura Skuse grew up in Deep Cove in North Vancouver, B.C. Her first job out of high school was as a silkscreener at a shop on Commercial Drive. She studied Art History, Visual Literacy, Graphic Art & Advertising at Capilano College and had a decade long career as a floral designer in some of Vancouver’s finest shops. She has traveled throughout Europe, North America, the Australian outback and sailed along The Great Barrier Reef off the Queensland Coast.